How Virtual Reality is Changing the Photo Booth Game

It’s 2018 and the future is here. It isn’t a Terminator-fueled, Skynet apocalypse. It isn’t a Matrix-based, humans-are-batteries nightmare. It isn’t even some sort of fidget spinner/hoverboard combination (yes, they do exist and yes, they’re not the most intellectually stimulating).

The future is here and it’s virtual reality. Expected to be worth upwards of $15 billion by 2020, the VR industry is huge and it’s time you get in on it.

Whether you’re putting on a headset to travel through the galaxy or simply looking for the latest and greatest tech to make your event really pop, VR has you covered. Now, being in the party business ourselves, we’re more interested in the latter.

Don’t Call it a Comeback

While augmented reality and mixed reality have been around for several years, they’re only slowly trickling into the world of photo booths. Thanks to technology like our VR Brush, partygoers can now experience Snapchat in real life. While that’s pretty revolutionary in and of itself, we’re not even close to done innovating yet. 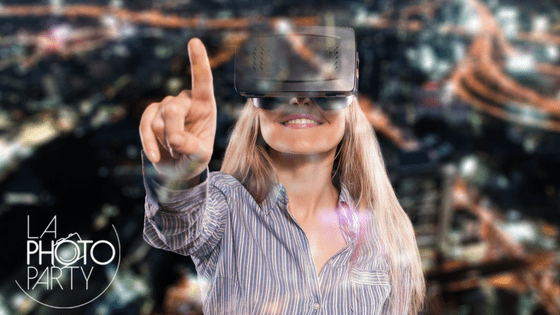 We’re proud to call ourselves VR visionaries and the first company in the world to offer a fully virtual reality photo booth. Combining 3D tech with the ever-popular green screen, we’re able to transport people in your photo booth to…well to wherever it is they want to go.

In fact, our fearless leader Brian Miller is going to be speaking at Photo Booth Expo 2018 on how VR, AR, and mixed reality are changing the photo booth game.

VR takes this to an all new level.

Imagine being able to offer your clients a literal one-of-a-kind experience. Not just another run-of-the-mill, oversized moustache filled photo booth, but an opportunity to seamlessly enter whatever environment they want and be able to instantly share on social. That’s a game changer. That can easily be what sets your brand apart.

Our VR photo booth offers people the ability to instantly print their photos or share them on social media. We’re living in the age of nonstop content. This is true for businesses and it’s true for everyday people. We weren’t satisfied until we could meet everyone’s demands.

Being able to instantly share a 360-degree, interactive photo on your Timeline? That’s a serious competitive leg up you can take advantage of. What’s stopping you? Oh and did we mention all photos are brandable and fully customizable?

You can get millions of eyes on your brand name thanks to user-generated content. That’s a smart use of your marketing dollars if you ask us.

Ready to party? Then contact us today to find out for yourself how virtual reality is changing the photo booth game. 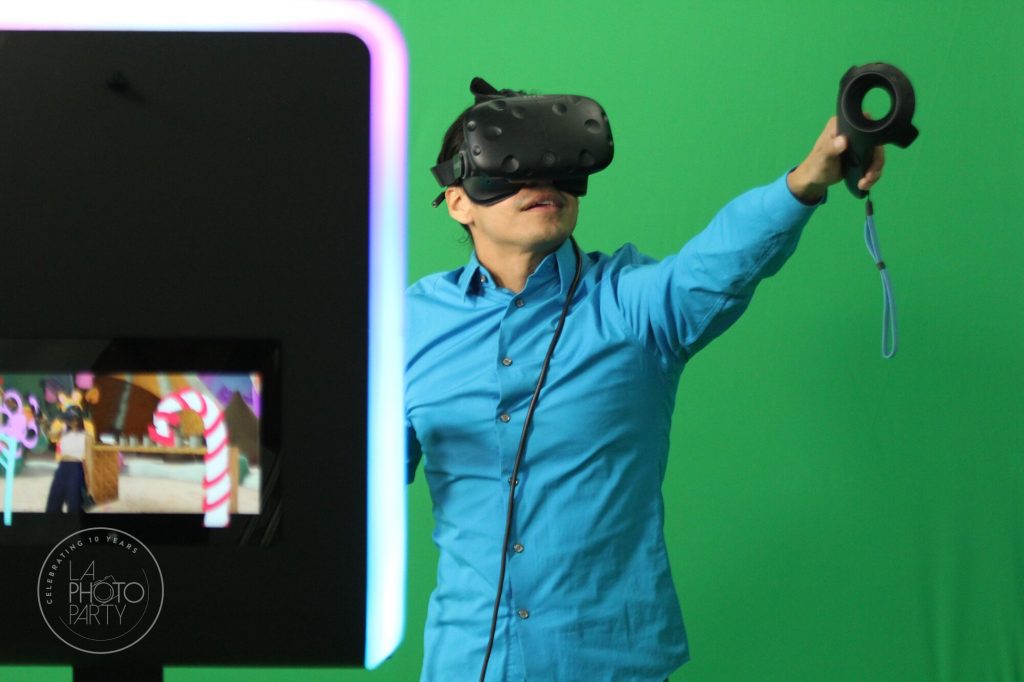